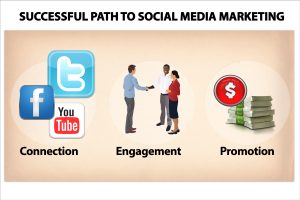 Over the past decade, social media marketing has proven itself an invaluable asset to businesses everywhere. Nevertheless, it’s important to remember that anytime you’re working on your social media pages, you’re dealing with rented land. In short, that means your pages may be terminated essentially at any time, for any number of reasons. That’s why it’s important to temper your approach to social media with something that has more permanence – your email list.

Any emails that you collect can help you grow your brand in the long term, and provide you with a valuable insurance against the uncertainty of the constantly changing social media landscape. Fortunately, there’s no tricky dichotomy here because it’s possible to build your social media pages and your email list at the same time. Below we’ll look at a variety of ways that you can successfully use promotions to attract and convert as many entrants as possible, allowing you to build your brand both in the short and long term.

If your promotion isn’t achieving the number of entries that you need, odds are the problem is your entrants don’t think that they have a real possibility of winning. If the possibility of winning doesn’t seem sufficiently tangible, your fans will be unlikely to take the time to even give away an email address. One way you can get around this problem is to offer multiple smaller-value prizes, which some research suggests can be more effective for marketers than offering a single prize of greater value. When you offer several prizes in addition to a grand prize, you’ll encourage participation by increasing the odds for your participants to win.

You probably wouldn’t participate in a race if some of the other runners were given a two-mile head start. The same applies to social media contests where people are required to enter media, like a video, photo, or story, into a voting round. This is because entrants that are participating in the later stages of the contest have to be worried about catching up with those already managed to collect a considerable number of votes. Knowing how far behind they are, this can lead many people to not enter. One simple solution to this is to ensure that everyone has a reasonable chance to collect votes by separating the contest into two rounds: entry and voting. Make your contest open to voting only after you’re no longer accepting submissions, allowing all of your entrants an equal opportunity to win.

If you’re focusing most of your energy on motivating participants to give you their email address for a chance at a prize, you’re probably not spending enough time concerned with another considerable source of leads – the people who vote. One way you can capture those leads is by adding separate layers your contest. For example, you could encourage voters to register an email address to be entered into a related contest.

Simple sharing prompts like “please retweet this” are often effective calls to action. However, when it comes to contest entries, it’s a good idea to take this idea one step further. After all, getting people to enter your contest is only half of the challenge of running a successful promotion. The other half is about getting those who enter your content to share that fact, allowing you to maximize the number of voters or entrants involved.

At the same time, people aren’t usually incentivized to mention their participation because doing so may decrease their own chances of winning. The easiest solution is to this problem is to create a win-win situation for you and your entrants. One way you can solve this problem is to use a social media contest tool that allows you to award additional entries, or allocates voting points each time a person shares your contest. The addition of a third party tool may seem daunting, but more often than not you’ll find it will save you considerable time and energy