Facebook Contest Guideline Changes: What You Need to Know 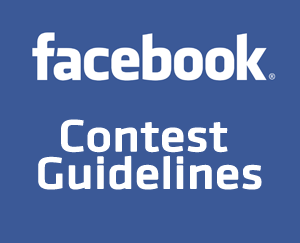 Facebook has relaxed its stance on contests conducted through its site, abolishing the requirement that all contests be run through a dedicated app. This requirement made it difficult for non-developers and those with limited budgets to run legitimate contests. It was also largely ineffective, as illegitimate contests cropped up fairly routinely.

The old rule prohibited users from collecting entries from their pages or from likes and comments. Also prohibited was the practice of encouraging contestants to enter a contest by sending messages to a page. Additionally, and perhaps most limiting, was an aspect of the rule that forbade telling contestants to vote with the like button.

With the new contest system, business owners can run contests directly from their page.

Participants can now enter contests by commenting on a page and even by liking an existing comment. Also gone are the restrictions pertaining to likes and messages.

To keep its system in step with these changes, Facebook also rolled out an update to its advertising platform. Specifically, businesses can now use ads to promote their contests. This could become the most efficient mechanism for businesses with medium to large budgets to generate buzz.

However, there are a few stipulations that marketers should be aware of.

One restriction that remains unchanged: business owners cannot promote their contests on their personal timeliness or the timeliness of employees. Likely meant to discourage spam, this restriction simply means that all contest-related promotion must occur on a company’s page. However, there is nothing to prevent business owners and Internet marketers from harnessing their collective power and promoting their contests on other social media channels such as Twitter, Pinterest and Google+. Businesses engaging in this behavior, however, are well advised to keep their messages concise and to add value to them whenever possible.

While Facebook is keeping the app route open for those who wish to utilize it, it is not clear if support for third-party apps such as Votigo and Wildfire will continue. These apps are specifically designed to ease the process of creating an app for Facebook contests. This could potentially affect large companies that utilize these apps for their efficiency and ease of use.

A more obvious consequence of these changes is that many more marketers will run Facebook promotions.

In such an environment, creative and original contests will win out. This has been borne out repeatedly by promotions such as the Adidas Philippines rich content campaign, the McDonald’s Instagram campaign and the Killing Lincoln campaign. Additionally, marketers are likely to see a greater emphasis on the actual prize of the contest as users become accustomed to being pursued by various marketing efforts. This is to be expected, and it will likely increase the overall cost of running a Facebook campaign in the long term.

Nevertheless, contests are powerful tools for generating fan engagement and reaching potential customers outside of an existing customer base. A slight increase in cost and competition should not deter marketers from utilizing this powerful tool.